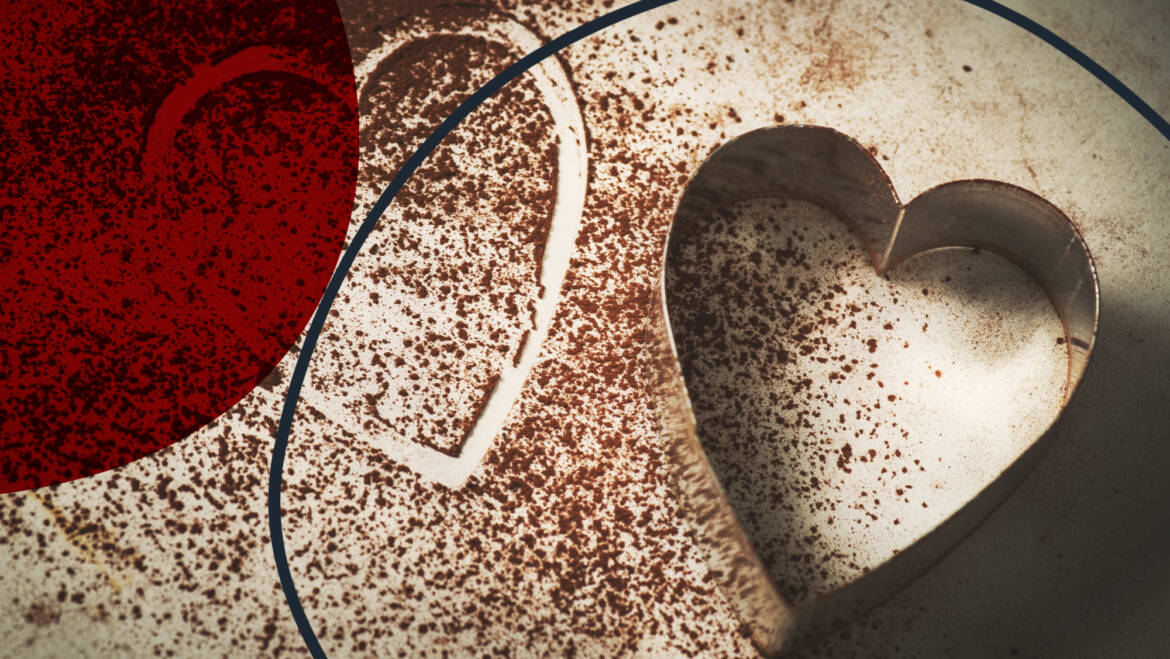 This time of year all the shops begin filling with love hearts and Valentine’s day chocolate boxes. Chocolates along with flowers have become the ultimate symbol of love. Did you ever wonder how they became so associated with Valentine’s Day?

The Origins of Chocolate in Mesoamerica

Let’s look back to the original source of chocolate.  The cacao plant originates from the Amazon Basin in South America. Cultivation began in Mesoamerica around 4,000 years ago.

The Mayans dried and ground the cacao beans into a paste which to make it into a drink used in important ceremonies. This included weddings where the bride and groom would seal the deal with a sip of cacao. This is the first known link between cacao and love.

The precious beans were considered so valuable they were used as currency by the Aztecs. The legendary Aztec emperor Montezuma II loved chocolate so much, he is said to have drunk vast amounts every single day as he believed it was the source of his strength and virility.

The botanical name Theobroma cacao was given to the species by the Swedish botanist Carl Linnaeus in 1753, it translates to “food of the gods”. What we now nibble on as a snack, was once considered a sacred substance that only the chosen few could enjoy.

Chocolate as an aphrodisiac is a ancient concept, as it increases energy and elevates the mood. Dark chocolate is good for the heart as cacao is rich in antioxidants, magnesium and other properties that boost cardiovascular health.

Scientific studies show that cacao does in fact have an impact on our hormones stimulating the release of serotonin, oxytocin and phenylethylamine often called the “happy hormones” as they are associated with feelings of wellbeing and happiness.

After the Spanish conquest of the Aztecs, cacao was brought to Europe where it was enjoyed by royalty and the elite of society. Europeans then brought the trees to Africa during colonisation.

How did we get to St Valentine’s day chocolate?

Like many of what we think of as old traditions, they originate in Victorian times and marketing. The mass production of sugar in the 19th century, made what had once been a precious commodity, readily available.

This eventually led to the manufacture of the first eating chocolates. As the price of chocolate came down, more people could afford to taste it and the rest is history.

Cadbury were the first company to get a Royal Warrant as manufacturers of cocoa to Queen Victoria. The Victorians were fond of romantic symbols so Richard Cadbury spotting a marketing opportunity around Valentine’s Day, designed the first heart shaped box of chocolates in 1861, which were so popular, all the other chocolate manufacturers copied it. So now we have the Valentine’s day Chocolate box!

Chocolate is not just for Valentine’s day though

Chocolate has gone from being the food of the gods to something all of us can enjoy.

Customers say a lot that our Baobab Chocolate Spread whisked up with warm milk makes a delicious hot drink. It’s also a tasty addition to baking and sweet treats.

Check out this recipe for Plantain Pancakes with chocolate baobab spread.  Do let us know how else you’re using it.

Share on social media with the hashtag #ChosanJam and tag us @chosanbynature to be in with the chance of winning a mini set of baobab jams and spreads.

#throwbackthursday to last month when we were on n

Fancy trying something different for your Sunday b