It’s like sugar, so sweet. Good enough to eat. 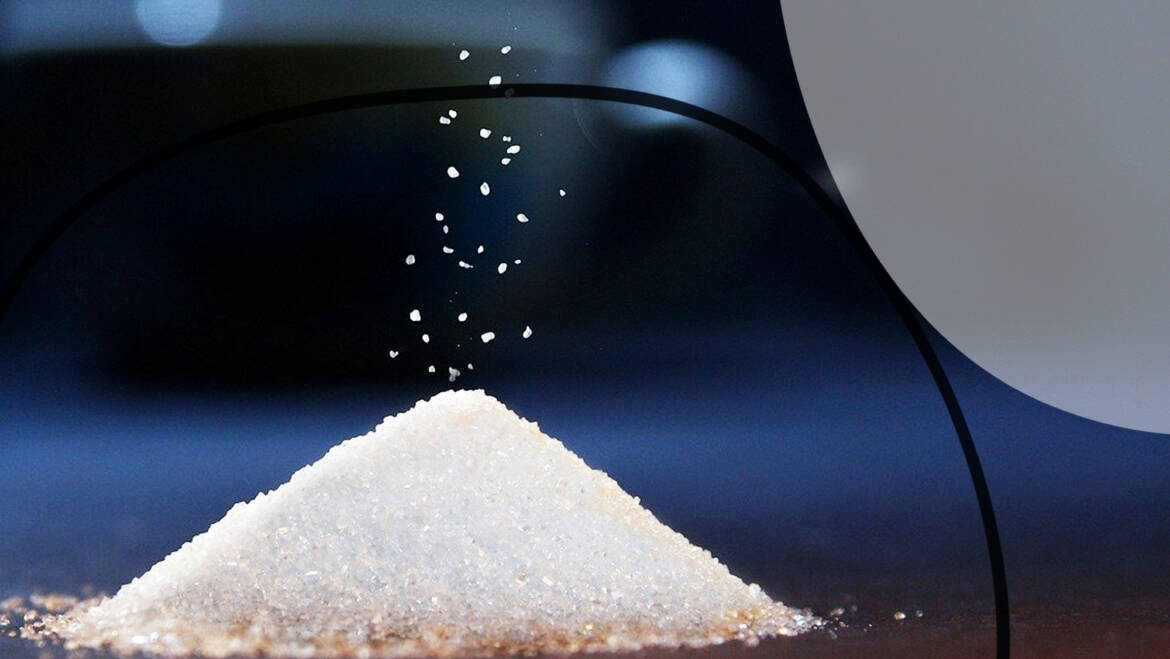 In 2019, Chaka Khan’s song ‘Like Sugar’ had lyrics which, like so many others before her included a sweet tooth’s best friend – sugar. Just like the pieces of plastic accumulating in the oceans in ever increasing numbers we can’t get away from finding sugar in virtually everything we eat and drink (and it seems also – listen to).

What initially started life as a very expensive fine spice has now become a cheap commodity for bulking food. Once the preserve of the rich, sugar is now an indispensable fix when it comes to making food and drink.

Sugar is the generic name for sweet tasting soluble carbohydrates. There are simple sugars, glucose, fructose and galactose, found naturally in honey and fruit. Then there are combinations of these three. Sucrose, table sugar as we know it, is a combination of glucose and fructose that is especially concentrated in sugarcane and sugar beet.   Lactose, the only sugar that cannot be extracted from plants, is a combination of glucose and galactose which is found in milk and some dairy products.  And maltose, two units of glucose, found naturally in grain, wheat, barley and some fruit.

Originally sugarcane was primarily used as food for domesticated pigs in Papua New Guinea, Taiwan and Southern China. Much later as it spread to other places people chewed sugarcane raw to extract its sweetness and around 350AD, crystallized sugar was being produced in India. Sharkara, the Sanskrit word for sugar also means gravel or sand. The ancient Greeks and Romans considered sugar as medicine, not food.

In the medieval era using artificial irrigation Arab entrepreneurs expanded sugar production growing it in Southern Europe. The first record of sugar in English is in the late 13th century and it is believed that the Crusaders brought sugar home with them from their campaigns in the Holy Land. Price per pound sugar cost the same as imported spices (nutmeg, ginger, cloves and pepper).

The high returns from sugar production, fuelled the industrialisation of slavery in the form of the triangular slave trade, taking manufactured goods, weapons and liquor from Europe to Africa, exchanging these goods for African men, women and children shipped to the Americas to serve as slaves, and then transporting the produce, sugar, cotton, tobacco and rum, from the slave labour plantations back to Europe.

Consumption of sugar grew enormously in Britain and from 1740 to the 1820s it was the most valuable import.  This took place alongside a significant change in eating habits. At first most sugar went into tea, but later confectionery, chocolates and jams became very popular. Consumption of coffee and cocoa also increased with the greater availability of sugar.

Average consumption per head rose from 4 pounds in 1700, to 18 pounds in 1800, doubling to 36 in 1850 and over one hundred by the twentieth century. Today it is estimated that we eat well over 150 pounds per person per year.

The discovery of another source of sugar, beet sugar is partly responsible for increased sugar consumption as this meant that sugar was no longer a luxury item. Sugar beet now provides about 30% of world sugar production. A cheap source of sugar is corn syrup, industrially produced by converting corn starch into fructose, and glucose.

High fructose corn syrup is used widely in the US and Japan to replaced sugar in soft drinks and processed foods. This has resulted in added sugar calories in food.  Excessive consumption of sugar has been implicated with obesity, diabetes, cardiovascular disease, dementia and tooth decay.

Usually when we think of sugar, we have in mind granulated sugar (table or white sugar), the sweet white grains we add to our tea and coffee, sprinkle on cereal, use to bake in our cakes etc. This is highly refined sugar, stripped of any goodness contained in sugar cane or sugar beet, giving it a neutral sweet taste, It has a texture similar to dry sand. Brown sugar is simply white sugar with molasses added back in after processing. Light brown sugar contains a small amount of molasses, dark brown sugar a bit more.

But while muscovado sugar has the same number of calories as white sugar, it also contains small amounts of minerals (magnesium, calcium, iron) and antioxidants. So, for some, replacing white sugar with a natural brown sugar like muscovado improves the nutrient content of the diet of people who consume large amounts of white sugar.

Other natural sweeteners or sweet substitutes

Honey, the natural sweetener par excellence is a sugar that has been refined by bees. Compared to artificial/non-nutritive sweeteners, natural sweeteners contain calories and nutrients, are metabolised and change as they pass through the body. They are mainly derived from animal or plant sources – coconut sugar, date , maple sugar,  molasses, agave nectar and stevia. Although corn syrup is derived from natural sources it is not considered a natural sweetener.

A sugar substitute is a food additive that provides a sweet taste like sugar but contains less food energy than sugar-based sweeteners. Sugar substitutes include artificial sweeteners and sugar alcohols

Artificial sweeteners are low calorie chemical substances used instead of sugar to sweeten food. They are derived through manufacturing plant extracts or by chemical synthesis. They are often many times sweeter than real sugar and allow us to indulge in sweets and soft drinks without the caloric dangers of sugar. Some studies have also shown that they can be addictive. Common artificial sweeteners include Aspartame, Sucralose, Saccharin.

Sugar alcohols do not contain sugar or alcohol. Although they are found naturally in fruits and vegetables they tend to be processed from other sugars, such as glucose in corn starch. Because they have a `similar chemical structure as sugar, they activate the sweet taste receptors on the tongue.

They are less sweet than sugar, supply fewer calories than sugar and are absorbed at 50% of the rate of sugars resulting in less of an effect on blood sugar levels. However, the unabsorbed sugar alcohols may cause bloating and diarrhoea. Commonly used sugar alcohols include xylitol and erythritol.

No added sugar but…

Compared to sugar, a moderate use of non-nutritive sweeteners is considered a safe replacement for sugar as they can help limit energy intake and assist with managing blood glucose. However, the concern about sugar substitutes is that they make overconsumption of foods and beverages more appealing and in this way actually increase the risk of developing diabetes.

It is the habitual consumption of sugar sweetened beverages, artificially sweetened beverages and fruit juice which is considered responsible for the increase in obesity, diabetes, high blood pressure and related health conditions. increase the risk of developing diabetes.

So, it’s now recommended that we all reduce our intake of free sugar, that is sugars added to foods by the manufacturer, cook or consumer, plus sugars naturally present in honey, syrups and fruit juices, Free sugars, are sugars not inside the cells of the food we eat, so sugars found in fruits and vegetables and in milk (and products such as plain yoghurt and cheese) are not classed as free sugars

So the out take on all this is that it’s time to go natural and get your sugar hit from fruits and vegetables!