#BreakTheBias: Reshaping history, closing inequalities, pioneering new avenues of wealth creation and in turn, lifting others with them. 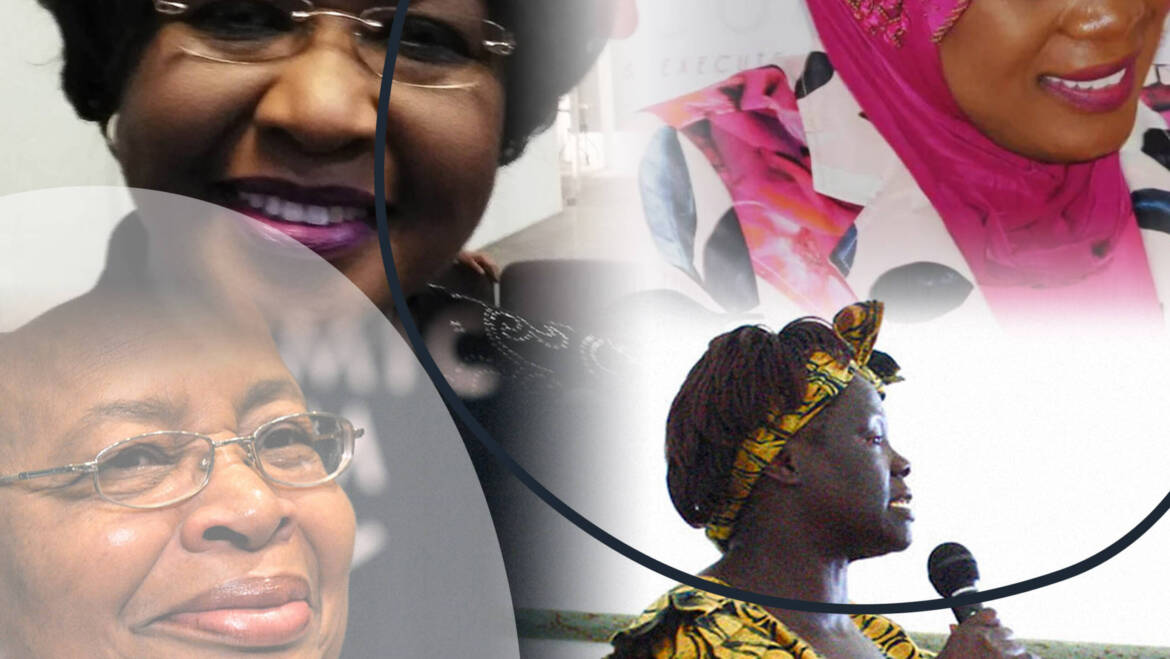 March 8th is International Women’s Day, one day in the year dedicated to recognising the achievements of pioneering women who take a lonely stand on critical social issues. This often involves being advocates, raising public awareness of historical and prevailing gender biases that curtail women’s potential to contribute meaningfully to society.

As an African inspired brand, we look to celebrate African women who have been and are inspiring role models.  Aside politics, three particular women spring to my mind.  They are all powerful influential women who are “reshaping history, closing inequalities, and pioneering new avenues of wealth creation, and in turn lifting others with them.”

The late Kenyan social, environmental and political activist and the first African woman to win the Nobel Peace Prize.

She identified the link between environmental degradation and poverty in Kenya and decided to take action to correct this. Reading her memoir Wangari Maathai Unbowed was for me a very inspiring experience. I discovered a hugely charismatic yet humble woman who defied cultural norms  overcoming political barriers in founding the Green Belt Movement, Kenya’s locally famous environmental and human rights campaigning group.

This demonstrates that you do not need to be in a position of power to start doing something about your  environment: how a seemingly insignificant action as planting and watering a seedling can have a hugely positive impact on society. The Green Belt Movement has planted over 45 million trees across Kenya to combat deforestation, stop soil erosion, and generate income for women and their children.

Mozambican humanitarian, activist and politician, international advocate for women’s and children’s rights, and the only woman in modern history to have served as First Lady of two countries: South Africa and Mozambique

“Preventing the conflicts of tomorrow means changing the mind-set of today.”

During her time as minister of education and culture after Mozambique’s independence in 1975, the number of students enrolled in primary and secondary schools rose from about 40 per cent of all school-aged children to over 90 per cent for males and 75 per cent for females.

She set up ADC, the first grant-making foundation in Mozambique, funding programmes countrywide. As founder of another foundation, the Graca Machel Trust, she advocates for women’s economic and financial empowerment,  education for all, food security and nutrition, and democracy and good governance.

She is a founding member of “The Elders,” an international organization of senior statespersons, human rights advocates, and peace activists. She is also co-founder of Girls Not Brides: The Global Partnership to End Child Marriage.

Zimbabwean medical doctor and activist, CEO, and founder of Bell Family Medical Centres in the United States. In 2019, The Guardian.ng named her The Guardian Person of the Year.

“My mandate is to promote Africa in the Americas and more importantly, to mobilise the African diaspora – meaning all people of African descent living outstand of Africa.”

I first heard of Arikana following her summary dismissal as the African Union representative to the United States. She is outspoken about the implications of the carving up Africa at the 1884-1885 Berlin Conference, seeing this as a cause of some of Africa’s problems today. So, she seeks to reunite African states to Africans in the diaspora.

For her activism and philanthropy go together. She purchased the historic Durban Manor Hotel, once a whites-only all-male preserve and converted it into a place for cultural tourism and intellectual engagement. In the same vein, she bought a former Tennessee slave plantation from white owners, christening it African House, then transformed it into a cultural sanctuary for revolutionising health care in African countries.

In 2019, she launched the “Wakanda one” project to set up one centre of excellence in each of the five regions of Africa. In the United States, she has also opened a chain of family medical clinics, including the Bell Family Medical Centre of which she is the chief executive officer.

Closer home, to The Gambia, there are a couple of women I met last month who also deserve a mention on International Women’s Day. I was very much inspired by their selfless commitment to a vision of supporting other women, and the degree to which they have succeeded in achieving this.

“I live for humanity; live and breathe positivity through uplifting the human spirit. I have no desire to be amongst the living dead.”

A social entrepreneur in every sense of the word, Kumba is the owner of a fashion company, Tresor Closet & Beyond. She is also a founding member of “Yes We Can Read”, which has been supporting initiatives encouraging young children to read and write.

More recently she founded Tresor Women Warriors. A women led organisation that is all about uplifting women so they achieve financial freedom and can improve their lives, their families, and their communities. Officially launched in 2020, Tresor Women Warriors has already mobilised thousands of women, supporting them with training and small loans for farming, trading and tie dying.

Their model of women supporting women is particularly enheartening. After repaying their loans, the women’s groups either reinvest the surplus back into their businesses or extend it available as a loan to finance other women group businesses. In this way the women are successfully uplifting each other, to the extent that they have even been able to set up their own bank!

A climate hero and women’s rights advocate, who has been named the Queen of Recycling because of the recycling movement she initiated.

“People thought I was too young and that women couldn’t be leaders. I took these things as challenges; they gave me more power. I didn’t call out the problems – I called out solutions”

She was unable to attend high school because her father died when she was 10 years old. However, determined to educate herself, at age 20 she sold the cow she had inherited and used the money to attend a technical training institute in the nation’s capital, Banjul.

Working first as a volunteer then as a paid staff member with the US Peace Corps, she helped secure funding to build a skill centre for women to meet and work together in the community where she lived.

Besides learning about importance of caring for their environment and the dangers of burning plastic, she also taught gardening, soap making and tie-dying, and gave demonstrations on preparing healthy meals.

Her job with a Swedish non-governmental organisation gave her the opportunity to engage with many more communities throughout Gambia, while  studying for a diploma in community development.

Today through Women’s Initiative Gambia, the organisation she founded, Isatou has trained over 11,000 Gambians nationwide on the dangers of plastic and the benefits of upcycling waste.  The Gambia Government’s ban on the import and use of plastic bags is a direct impact of her work.

For me all these five women demonstrate a commitment to improving the lives of women and children, inspiring hope and building a more just and equitable world for us all.

This quote from Wangari Maathi sums up something else they all have in common as leaders. “I’m very conscious of the fact that you can’t do it alone. It’s teamwork.  When you do it alone you run the risk that when you are no longer there nobody else will do it.”

I’m very conscious of the fact that you can’t do it alone. It’s teamwork.  When you do it alone you run the risk that when you are no longer there nobody else will do it.

Undoubtedly there are countless other women who however small, also contribute – quietly, unseen, unacknowledged – to shaping society for the better. This day is for all of them. (and us)

Images above are all creative commons images.

I'm really thrilled to be one of the brands and ar

We are honoured to have our baobab jams and spread

We’re excited to announce you’ll be able to fi

Head over to @sacosuperfoods to enter their 1st An

You can find a little baobab jam treat in the the

Hearing your lovely feedback on our jams and missi