East Anglia is a perfect staycation choice this year 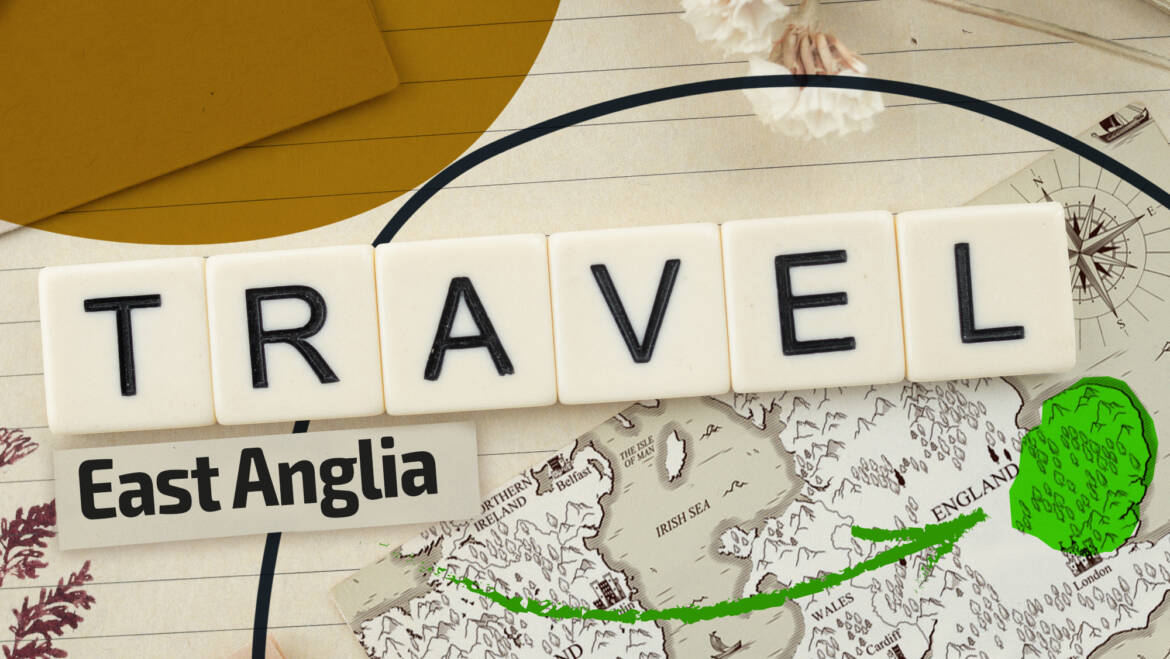 While life will hopefully return to some semblance of normality this summer, many of us are still hesitate to jet off abroad just yet. So there’s no better time to stay in good old Blighty. Here’s the first of our summer posts where we explore the plethora of attractions to be found around the country. Starting with: East Anglia.

Colchester has so much to offer

Chosan is lucky enough to be based in the lovely Roman town of Colchester in Essex. Britain’s oldest recorded town. Colchester’s attractions include its famous castle, a Norman keep whose construction began all the way back in 1076.

Today, this striking building hosts a number of interactive displays and exhibits. these include a hoard of Roman treasure and a gladiator vase.

Elsewhere, Colchester is famous for its zoo, which has 200 different species across 60 acres. You’ll spot Komodo dragons, orangutans, lions, giraffes and rainbow lorikeets as you stroll through the different habitats; meanwhile, there are play areas for children and a number of cafés for a bite to eat.

Not far from Colchester, you’ll find Dedham Vale, an area of outstanding natural beauty immortalised by the 19th century painter John Constable. Indeed, you can even stand where he did when he painted The Hay Wain, with the scene almost untouched in 200 years.

For an adrenaline-fuelled day out, there’s Adventure Island in Southend-on-Sea, whose rides include the hair-raising Dragon’s Claw, Skydrop and Vortex.

There are gentler options for younger children, while the sights of the seafront can be enjoyed on the Big Wheel. What’s more, the town boasts Sealife Adventure, a centre whose species range from clownfish and otters to meerkats and penguins.

Beautiful Suffolk is well worth a visit

Across the border in Suffolk, there are lots of places of interest for your jaunt around East Anglia. Among these are Sutton Hoo in Woodbridge. An historical landmark recently brought to the silver screen in The Dig, starring Ralph Fiennes and Carey Mulligan.

Just before the Second World War, archaeologists discovered an Anglo-Saxon ship burial at the site. It’s now known to be the richest burial ever found in northern Europe.

As well as seeing the land where the discovery was made, you’ll explore original artefacts like intricately carved gold shoulder clasps, plus a replica of the iconic Sutton Hoo helmet.

Suffolk is well-known for its glorious beach towns, such as Southwold which has charm in abundance. Take a stroll along its bustling high street, laden with independent shops and cafés. Then why not hit the beach front for an ice cream or bag of chips – or both! The town has its own traditional pier with amusements and live entertainment. While the beach itself has been awarded a prestigious Blue Flag.

In the west of the county, Bury St Edmunds is worth a visit, with its attractive cathedral just one of its many attractions. Originally built as an abbey in 869, it became a cathedral in 1914 and is an active place of worship today, surrounded by gorgeous manicured grounds perfect for a picnic or a spot of people watching.

The town is well served by both high street and independent stores, along with options for live entertainment including The Apex and the Theatre Royal.

Norfolk is well worth a visit

The neighbouring county of Norfolk has just as much to recommend it as its Essex and Suffolk counterparts. Make your way to Morston Quay in Holt to take a boat trip out to Blakeney Point; this is home to England’s largest grey seal colony. Don’t forget your camera to capture this awe-inspiring sight!

Sandringham Estate is sure to be high on your to-do list. The Queen’s country retreat, this landmark has been the private home of four generations of British monarchs for more than 150 years.

While you’re in Norfolk, Sandringham Estate is sure to be high on your to-do list. The Queen’s country retreat. This landmark has been the private home of four generations of British monarchs for more than 150 years. Take a tour around Sandringham House itself, enjoy a stroll around the 243 hectare Royal Park or just let the kids run wild at the adventure play area.

If you’re looking for something a little more cosmopolitan, there’s the county town of Norwich. Check out the Sainsbury Centre for Visual Arts on the University of East Anglia campus, which features works by Picasso, Degas, Henry Moore and Francis Bacon.

Or the award-winning book department of Norwich’s family-run Jarrold store might take your fancy. It has no fewer than 40,000 titles to peruse, so it’s a great place to have a literary mooch.

Norwich is great for shopping in general, with a huge number of other independent stores; don’t miss its popular market which trades throughout the week with nearly 200 stalls.

Finally, your East Anglian staycation would not be complete without stopping at the world-famous city of Cambridge. Indeed, you’ll be joining the eight million people who come to the city each year. Of course, the renowned university is amongst the main attractions. With the beautiful architecture of more than 30 colleges to be seen at every turn along its cobbled streets.

Otherwise, immerse yourself in the glory of the city by taking a punting tour down the River Cam, or revel in the 40 acres of eye-catching flora at the Botanic Gardens.

Other tourist hotspots in Cambridgeshire include the Imperial War Museum in Duxford, Britain’s largest collection of aviation exhibits. Take a closer look at a Spitfire or a Hurricane, and visit the Captain Sir Tom at 100 exhibition. This features a hundred of the cards the late, great man received on his centenary birthday.

There is also a landscape of war on land featuring Burma, where the Captain served during the Second World War.

Oliver Cromwell’s House in Ely. This is a fascinating look at the former Lord Protector’s family home, which dates all the way back to 1215

To finish your staycation with a historical twist, head to Oliver Cromwell’s House in Ely. This is a fascinating look at the former Lord Protector’s family home, which dates all the way back to 1215.

You’ll learn about his role in the English Civil War, with the chance to try on costumes from the time. Bringing your experience into the 21st century, there’s even an Escape Room to try and beat while you’re there.

We hope our guide to the myriad attractions of East Anglia has whet your appetite for a trip to this fine region. Whatever you end up doing, don’t forget your Chosan jams for those al-fresco picnics, maybe even try your hand at pecan pie using our Baobab and Chocolate spread!

We love seeing how you use our jams and spreads. H

FLASH SPECIAL OFFER ✨Save £1 on a full size jar