Baobab: A unique African tree with a fascinating history

HomehistoryBaobab: A unique African tree with a... 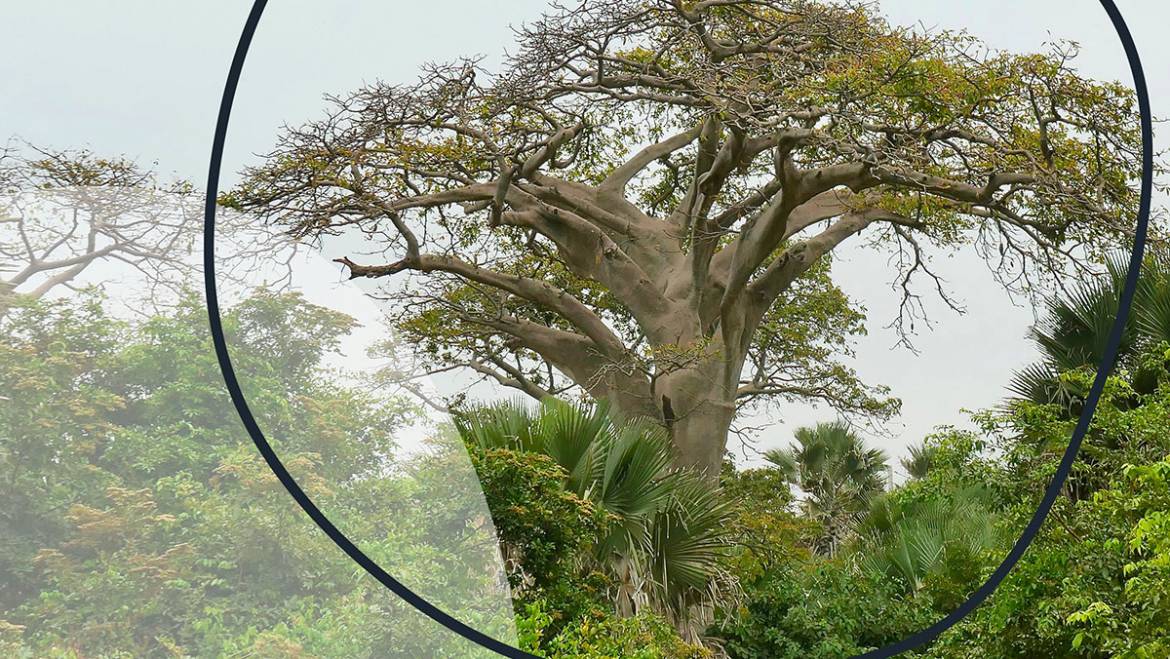 According to African folklore, the baobab tree was amongst the first to appear on the land, followed by the slender, graceful palm tree. The baobab was envious of the palm tree’s height and cried that it wanted to be taller. When the beautiful flame tree appeared, the baobab longed to have such vibrant flower blossoms. And when the baobab saw the magnificent fig tree, it prayed for fruit of its own. But the gods became angry with the baobab’s covetous nature, pulling it up by its roots and replanting it upside down to keep it quiet.

Found throughout Africa, the “upside-down tree” is instantly recognisable by its unusual root-like branches which are seasonally devoid of foliage. It thrives in the hotter, drier areas of the continent thanks to its massive trunk which can hold up to 300 litres of water.

The fruit of the tree is round or oval shaped, with a furry coating around a hard shell. This shell protects a number of seeds which are embedded in a whitish, powdery-soft pulp called “monkey bread”. This pulp gives rise to the tree’s other nickname, the “monkey bread tree”.

the fruit has been discovered buried in Egyptian tombs, and it is thought that its name originated from the words bu habab, meaning a fruit not indigenous to Egypt

The importance of baobab fruit goes back to ancient Egypt. Indeed, the fruit has been discovered buried in Egyptian tombs, and it is thought that its name originated from the words bu habab, meaning a fruit not indigenous to Egypt. The Egyptians created a powdered extract of baobab fruit to cure those who had consumed poison, while it was also used to treat fevers, dysentery and bloody wounds.

The medicinal qualities of baobab fruit were officially praised by Venetian herbalist and physician Prospero Alpini in 1592, following centuries of use across Africa. Diarrhoea, malaria, smallpox and measles are just some of the conditions baobab has been used to treat.

Indeed, 18th century French botanist Michel Adanson attributed his own robust health to consuming baobab juice twice a day while living in Senegal. It is Adanson who discovered the tree in 1749, and it is he who inspired its Latin name Adansonia digitata. After intensive research, Adanson concluded that the baobab was the “most useful” tree of all he had studied.

we know that baobab fruit pulp has a high vitamin C content. It contains significant levels of calcium, potassium, thiamine, niacin and riboflavin

Today, we know that baobab fruit pulp has a high vitamin C content. It contains significant levels of calcium, potassium, thiamine, niacin and riboflavin; tests have also confirmed its importance as an anti-inflammatory, anti-bacterial and anti-fungal agent. In addition, baobab fruit is anti-pyretic which means it can reduce fevers, while its analgesic properties help to provide pain relief.

Here at Chosan, we certainly agree with Adanson that the baobab tree is the “most useful” of all. And we love experimenting with its natural goodness to bring you delicious flavours inspired by the African continent. We hope you love them too!

See our latest baobab fruit offering in the form of our new exotic baobab jam range. Click anywhere on the image to see more information.

The baobab tree image by Bekky Bekks on the brilliant Unsplash

We love seeing how you use our jams and spreads. H

FLASH SPECIAL OFFER ✨Save £1 on a full size jar